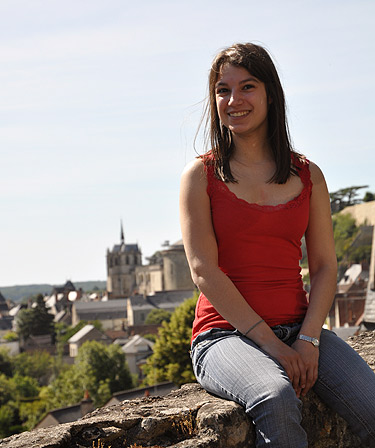 I am Isabel, mother of Catherine; we are from Quebec, Canada. Catherine was born in 1993, was treated with continuous feedings, diazoxide and octreotide. She had a pancreatectomy and a gastrostomy and had severe feeding problems. Here is her story…

Catherine is my first child, and during the first 34 hours of her life, it seemed I had given birth to a perfectly normal baby girl. She was born in my 36th week of gestation and weighed 7lbs6oz (3k300g). That should have been the first sign that there could be trouble. She was a bit big for her gestational age. But no special measures were taken then.

At 34 hours of life, Catherine let out a strong cry, stopped breathing and became stiff (thank God she was in the nursery!). Her Blood Sugar Level (BSL) was tested and she had 1,5 mmol/l (27 mg/dl). Doctors put her on a dextrose drip for a short period. Her BSls normalized and we were sent home with no special instructions.

At about 4 weeks old, Catherine was having periods of very loud cries, becoming stiff and with a strange look in her eyes. To a new mom it appeared like colic. She could also sleep through the night without feeding. My mother kept telling me something was wrong but I thought she was being overly “grandma.” I finally took an appointment to see a pediatrician. On that morning, my neighbor was baby-sitting Catherine. When I went to pick her up she commented that Catherine was impossible to wake up for her feeding and that she had strange movements of her right arm and leg. In other terms, she had had a seizure; that I did not know then. When the pediatrician asked me to take her to the hospital for observation, she looked absolutely fine, but her BSL upon admission came out at 1,3 mmol/l (23). It was then that she was sent to another hospital. Tests were done and she was diagnosed with congenital hyperinsulinism (HI) at 6 weeks old.

We spent 6 weeks in the hospital. When we came back home, Catherine was on continuous feedings through an NG-tube and on diazoxide. We were told that everything could be back to normal by the time she was six months. I had been breast-feeding Catherine since birth. But in the hospital, with the dextrose drip, and then the continuous feedings, she started to refuse my milk.

That was a very painful experience for me. When my baby was crying I wanted to offer her my breast for comfort. She would happily take it for the first seconds before milk was expressed. Then, looking as she had been betrayed by this no good pacifier, she started to cry again and there was nothing more I could do. My mother would take her and comfort her like a grandma knows how to do.

Since I was told that everything would be back to normal by the time Catherine was 6 months old, I decided to express my milk so that I could go back to breastfeeding afterwards. No need to say, after 6 months things were not back to normal and I abandoned the dream of breastfeeding.

Instead of breastfeeding I was inserting Ng-tubes down her nose. My husband would help hold her, but for more than one year, he refused to insert the tube himself. I was the only one doing it. On top of that my daughter would not feel comforted when I held her in my arms afterwards. I was being a nurse much more than a mother. 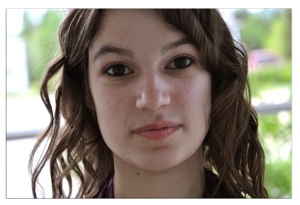 We kept that up for one year. The continuous feedings and the diazoxide were making her hairy like a little bear. But despite all the treatments she had frequent BSLs below 2,5 mmol/l (45). Doctors decided to investigate more by doing a Portal Venous Sampling (PVS). This technique was supposed to determine if Catherine had a focal lesion on her pancreas responsible for the over production of insulin. The results were analyzed by the endocrinology team and they convinced us that there was probably a focal lesion on the tail of the pancreas. So at 14 months old, Catherine had 75% of her pancreas removed. This allowed us to space out time between feedings and to stop the diazoxide, but only for a short period. We were actually let out of hospital believing Catherine was cured. But the low BSLs came back less than a month after surgery and she was put back on diazoxide.

One year later, with persisting low BSLs, Catherine was put on octreotide. We first gave the octreotide through injections 3 times and day. Since that did not work, we put her on a continuous infusion of octreotide. That did the trick. That and feedings every 3½ hours. It was also then that we decided it was best for Catherine to get rid of her NG-tubes. Since tube feeding was still necessary, she had surgery to have a gastrostomy tube put in.

When we first started the octreotide, doctors wanted to continue with the diazoxide. Even though we kept telling them the diazoxide was doing no good other than making her hairy, they did not want to remove it. We decided to stop the diazoxide without telling them. Our BSL report one month later proved that nothing had changed. But that got us kicked out of the hospital and into another.

At the new hospital, the use of cornstarch was a known treatment for low BSLs. Large amounts of cornstarch were added to Catherine’s feedings which helped a lot with maintaining good BSLs. Since the day she was diagnosed, Catherine had been exclusively tube fed. It was becoming obvious we were going to have trouble with oral feeding! With a complete lack of appetite and the need to eat every 3½ hours feeding issues can become a very big problem! Catherine went through feeding therapy and mom and dad through a counselor’s help learned to relieve stress during meals.

At 8½ years old, Catherine’s gastrostomy was closed and the tube removed. She was still eating only purées but we no longer needed the tube to feed her. It was also then that we started a new medication called megace which was intended to increase appetite. Not only did it increase appetite, but it also increased her BSLs allowing us to stop her octreotide. Catherine started eating all types of foods and the nightmares of feeding issues were behind us. With her endocrinologist’s approval, we continued with the Megace until 2005. As soon as a test showed that megace was interfering with normal eastradiol production, the endocrinologist recommended that we stop this medication leaving us with no choice but to go back on octreotide. Because of the known effect of octreotide on Catherine’s growth hormone secretion, Catherine was put on growth hormone therapy for two years. Catherine’s BSLs still need to be controlled and she might occasionally go low but the management of her disease is much easier than when she was a baby.