One of the missions of Congenital Hyperinsulinism International is to be there for all who journey through the diagnostic odyssey, often leading them to a diagnosis of congenital hyperinsulinism. Sometimes, along the way, hypoglycemia continues to be present, but it is not clear the cause is hyperinsulinism. Danielle’s story is one such story and we bring you a letter from Danielle Drachmann about her family’s journey:

When It Isn’t Hyperinsulinism
By Danielle Drachmann 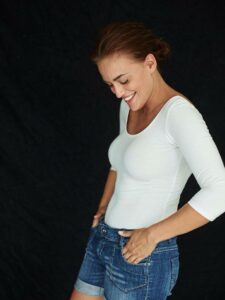 Our Story
At different times in my life, I experienced different problems and issues like excessive activity, restlessness, poor planning and disorganization, lack of focus, issues with multitasking, memory loss, on-going depression and years of the eating disorder, bulimia. At some point I was a mental wreck.

The psychiatrist had no doubt he knew the cause of it all; “I suffered from ADHD.” I was doped with very high levels of Ritalin (methylphenidate). After that, I was admitted to the hospital. The health care team suspected cancer, but it turned out my condition was just a reaction to a high dose of Ritalin my psychiatrist had prescribed for me.

I then made the decision to stop my ADHD medical treatment, and three months later I became pregnant with our son Noah.

The first symptom: low blood sugar
We thought Noah was born with HI. He was 2 days old, when we were admitted with a blood sugar of 0,8 mmol. After 4 weeks with 50% glucose, he was better. The doctors and nurses told us he had outgrown his transient HI. We came home, and tried to start a normal life, with a baby who screamed whenever he wasn’t eating. He screamed so much that the hospital made an appointment for him with the infant psychiatrist. In his first year, he was seen by the neuro team, to ensure Noah was not brain damaged from his transient HI at birth. He developed perfectly according to their scale, and they calmly told us not to worry at all. 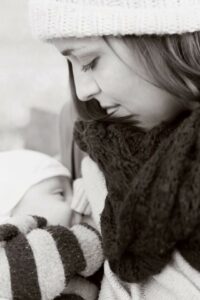 Even though he continued to scream whenever he didn’t eat…Little did we know; something was so very wrong.

Our first seizure
When Noah was 17 months old, and big brother to 6-week-old-Savannah, he had a seizure one morning. The paramedics measured his blood sugar to be 1,2 mmol (21.6 mg/dL). Sadly, for Noah, and us, Noah was admitted in the weekend, where there is a lack of hospital staff. No action was taken, and we were told to come back a few months later to do a safety fast. We took Noah and a glucose monitor home, terrified that our child might die in our care, while waiting for the fasting test.

A specialist doctor and a diagnosis
A week later, Noah was low again, and was admitted with a blood sugar of 2,6 mmol (46.9 mg/dL). The hospital decided to do an emergency fasting test. Finally, Noah was transferred to the HI specialist, Henrik Thybo Christesen at Odense University Hospital, also in Denmark. After a long wait for genetic testing, Noah was diagnosed with idiopathic ketotic hypoglycemia. Translated into human language; Low blood sugar with ketones, with no known genetic cause.

After Noah was diagnosed, I was finally able to focus on baby Savannah, who had nursed every 30 minutes for the entire first 17 months of her life. One night, she was also admitted to the local hospital with high ketones and a blood sugar of 3,7 mmol (66.7 md/dL). The pediatric endocrinologist told us to just give her some more food.

Glucose monitors and ambulances
Yeah… right… My 17-month-old girl with thighs as big as her tummy, was starving. No, I did not buy into that. Not by a long shot… It didn’t make sense that she should need to eat more.

I reached out to Dr. Henrik Thybo Christesen, Noah’s doctor. He gave Savannah a Dexcom (continuous glucose monitor), and asked me to cut down on her nursing at night time, to see how her body would react. Savannah reacted the very first night, and was admitted to the hospital by ambulance…. Savannah is now also diagnosed with idiopathic ketotic hypoglycemia, just like her brother.

And me. I am not an ADHD patient – even though many of my symptoms are similar. As it turns, out, I am a ketotic hypoglycemia survivor, and a mother of two warriors, fighting a disease most doctors know nothing about.

Magic buttons and new-found enthusiasm
With their tubies (g-tube) and their magic button (Dexcom, CGM) they live life with an enthusiasm and passion I can only admire.

Our hope of a cure, a treatment and a patient support organization quickly crashed, when we discovered how little knowledge there was about ketotic hypoglycemia. Luckily, we heard about Congenital Hyperinsulinism International, and this became our safety zone of likeminded families and specialists from all over the world.

What’s next?
I will make an effort to unite the forces of the great team of patients, families and specialists that are a part of Congenital Hyperinsulinism International, and all the families living with ketotic hypoglycemia around the world. I have created www.hypomom.com where I share stories, tips and tricks, and show that hypoglycemia is indeed something you can live with – and live well! 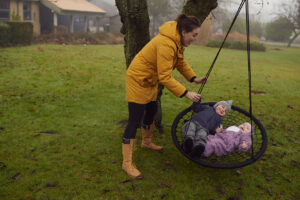